Background: Antigenically drifted A(H3N2) viruses circulated extensively during the 2014–2015 influenza season. Vaccine effectiveness (VE) was low and not significant among outpatients but in a hospitalized population was 43%. At least one study paradoxically observed increased A(H3N2) infection among those vaccinated 3 consecutive years.

Methods: We followed a cohort of 1341 individuals from 340 households. VE against laboratory-confirmed influenza was estimated. Hemagglutination-inhibition and neuraminidase-inhibition antibody titers were determined in subjects ≥13 years. Results: Influenza A(H3N2) was identified in 166 (12%) individuals and B(Yamagata) in 34 (2%). VE against A(H3N2) was −3% (95% confidence interval [CI]: −55%, 32%) and similarly ineffective between age groups; increased risk of infection was not observed among those vaccinated in 2 or 3 previous years. VE against influenza B(Yamagata) was 57% (95% CI: −3%, 82%) but only significantly protective in children <9 years (87% [95% CI: 43%, 97%]). Less than 20% of older children and adults had ≥4-fold antibody titer rise against influenza A(H3N2) and B antigens following vaccination; responses were surprisingly similar for antigens included in the vaccine and those similar to circulating viruses. Antibody against A/Hong Kong/4801/14, similar to circulating 2014–2015 A(H3N2) viruses and included in the 2016–2017 vaccine, did not significantly predict protection.

Conclusions: Absence of VE against A(H3N2) was consistent with circulation of antigenically drifted viruses; however, generally limited antibody response following vaccination is concerning even in the context of antigenic mismatch. Although 2014–2015 vaccines were not effective in preventing A(H3N2) infection, no increased susceptibility was detected among the repeatedly vaccinated. 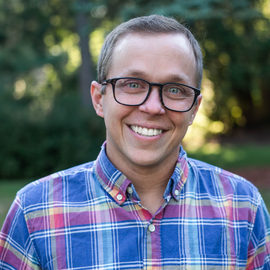